The July meeting of the Wine Club can be one with a low attendance, the summer is here and the holiday season is quite definitely with us, so what a good surprise to have such a strong turnout of the meeting on July 25th.

The meeting was all about German wines. And for those of a certain age that gave a chance to re-visit to the land of Blue Nun and Black Tower.  As it turned out both the names featured heavily during the evening but solely as a reminder of how things  were and not how they are.

For this meeting we needed a good and knowledgeable speaker, the Club heard of the difficulty of finding someone who is familiar with the wines of Germany.  Chris Onslow stepped up to the take the task on,  and take it on with gusto he did.

A massive thanks to Chris who took time out while in France to buy wines and cheese for the evening.   In addition he was able to give a very full resume of the the German wine industry both historically and current. 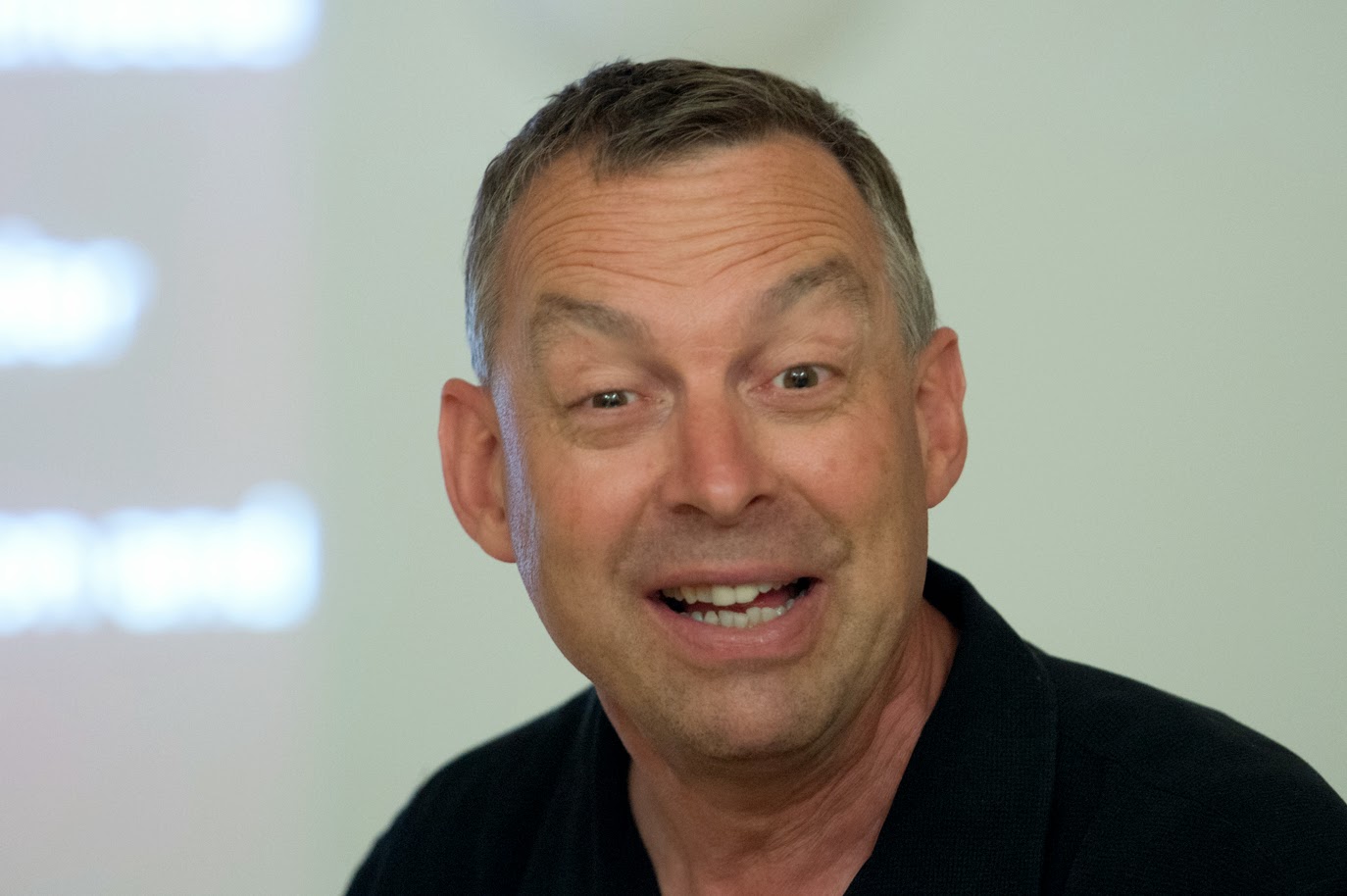 The wines of the night were dominated by the white wines that Germany is so famous for.  We tasted five whites and two reds.

We started with a glass of Hock. Now most of us would have thought that Hock was a type of German wine, which it is but it is just that, a type of wine,  not a type or variety of grape, it means a German wine, normally made by bringing differing wines together and blending, and the blend is,  yes you have it, a Hock.  Perfectly good to drink and also with the  advantage of being a low cost wine, ours came from the Co-op at under £4.00 Per bottle.


Then a white wine and what was for most of us a second German grape variety we have about heard of - the Sylvana grape. 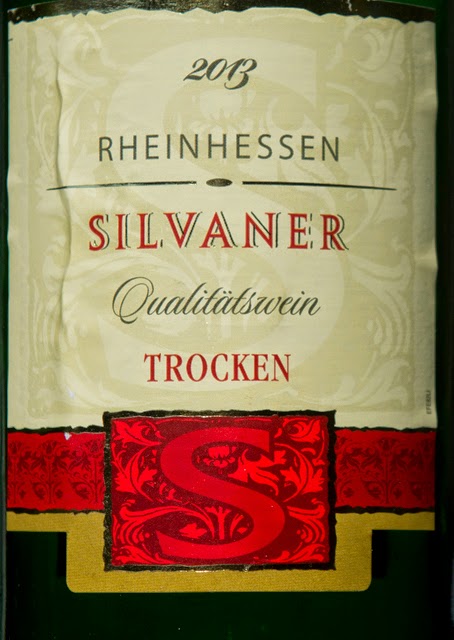 Then on to the  more less known of German wines but with a real step up in quality, the first of these was the Wolf Wines, Pinot Gris.  Very nice too as they say.  Light, fresh, subtle and well received. 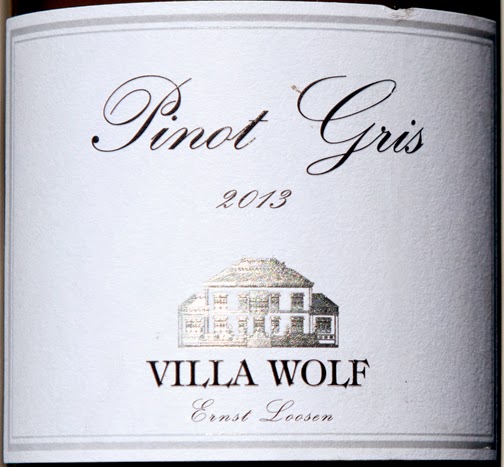 This and the following wines, other than the 'sticky', from the Oxford Wine Company.

Following this onto the first of two Rieslings, this the grape which one normally associates with Germany.  Chris was telling us that the Riesling can come in may different  forms and types, from sweet to dry  but always with that distinctive and recognisable Riesling taste. 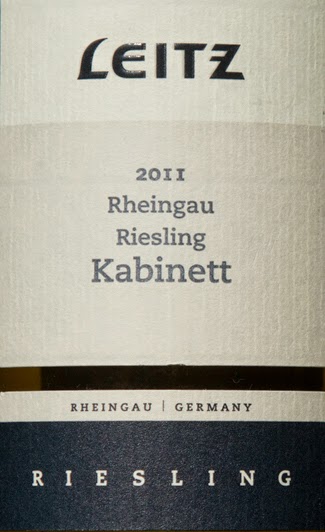 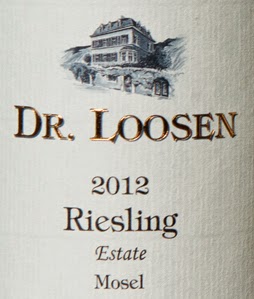 Now it has to be said that Germany is not noted for its red wines, well at least as far as the British  buyer.  In fact many vineyards produce reds and some of these are very good indeed.

The last of the Reds was certainly this, but the other red, well a good wine for comparison, but not on too many 'must buy' lists. 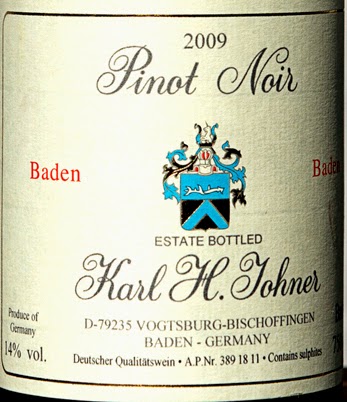 This a Pinot Noir and it it really didn't do it to for the majority of those tasting.

The second, it seems imported for an Oxford college function, was a blend of local grapes combined with Merlot.  A fine wine and if Dear Reader you don’t mind me sharing with you, bought well. It was just about at its peak of time in storage and would start to fall off in quality so was sold to us as a bin end on a healthy discount at just £18.00 per bottle. 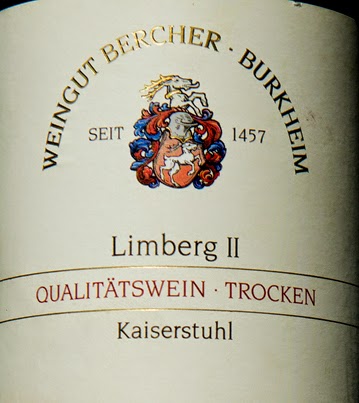 After the very good red the last wire of the evening; a Blue Nun wine but not as you may remember it this was a ‘sticky'; a desert wine as we sometimes call the very sweet and luscious wines taken at the end of the meal or with Foire Gras.  This also a Riesling Grape wine.

This was one of the famous Ice Wines. Very difficult to make and always made in minuscule amounts. By its nature,  high up on the Richter scale of cost.  Well thanks to Chris, this bought in France at a quarter of the UK price.

Dear Reader I am sorry to go on about the prices of the wines but the German wines are interesting in this respect. As they are little known in the UK the market for the Ice Wine, the Pinot Gris and even some of the Rieslings is small and and so the usual  advantage of scale affecting prices does not apply in the same way. Hence the inherent price anomaly.

The cheeses for the evening were all intersting some available from the  Oxford Cheese company and some from your local Waitrose or Sainsbury.

Posted by Bruce Hammersley at 11:41